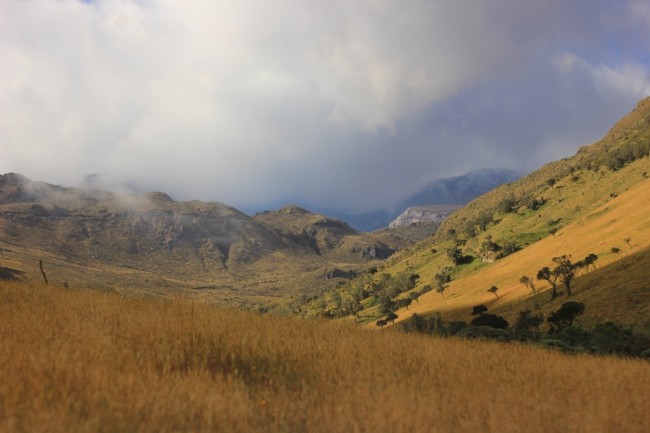 Nevado El Ruiz-so called this the terrible volcano in Colombia is the highest active volcano of the Andean volcanic belt. Its covered with ice, and more recently, the edges of glaciers descended to a height of four thousand meters. But due to global warming and the history of eruptions, ice volume in recent years strongly decreased, but not disappeared. And because Ruiz still proudly shining snow. As most people know, the head should be cold and hot, and Vulcan's heart meets this rule a hundred percent. Confirmation of this can be found during simple walks on his telesam. 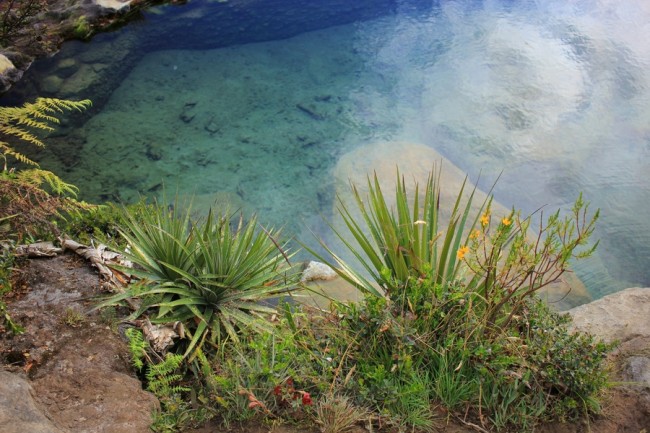 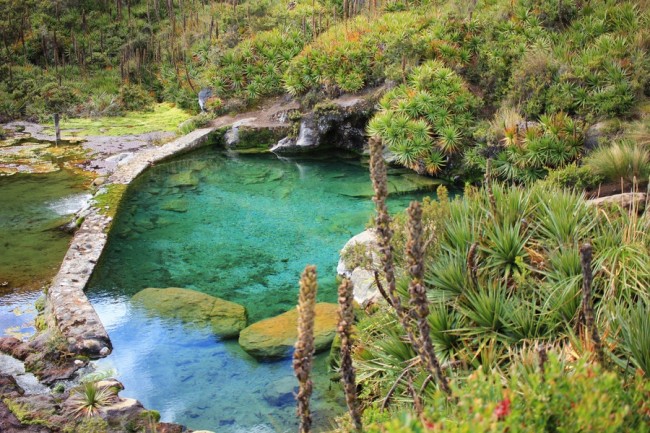 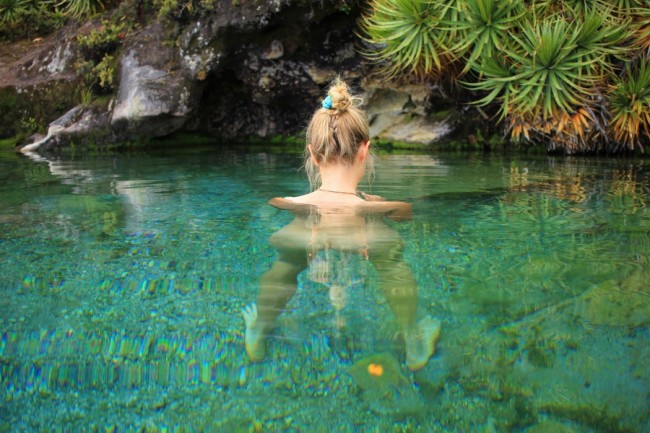 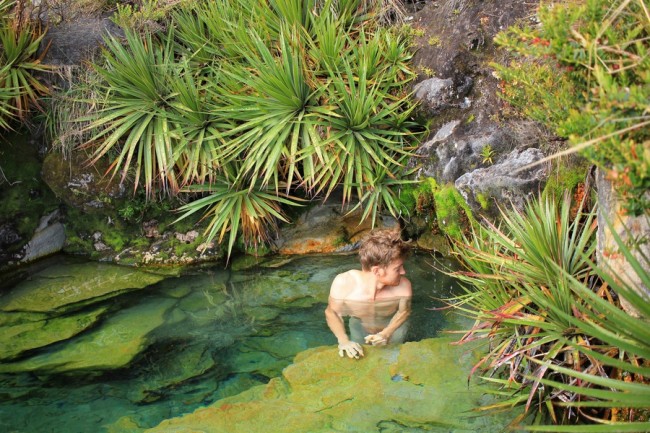 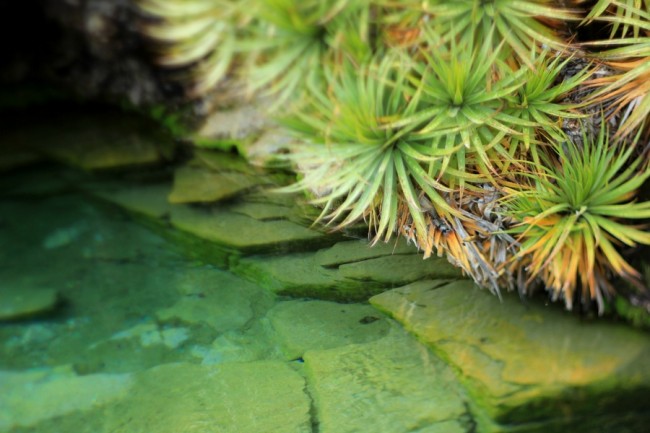 The secret of Ruiz in its thermal springs. Not all of them are suitable for swimming. Many are quite strong, almost boiling, acid, vyryvaûŝuûsâ, likely right from the volcano's hot heart. These sources have very different water color, varying the concentration and temperature. Some form a kind of backwaters, other fall on the slopes of big and small waterfalls, gushing rivers and others prolamyvaût their way into the rocks, leaving them bright yellow sulfur deposits. 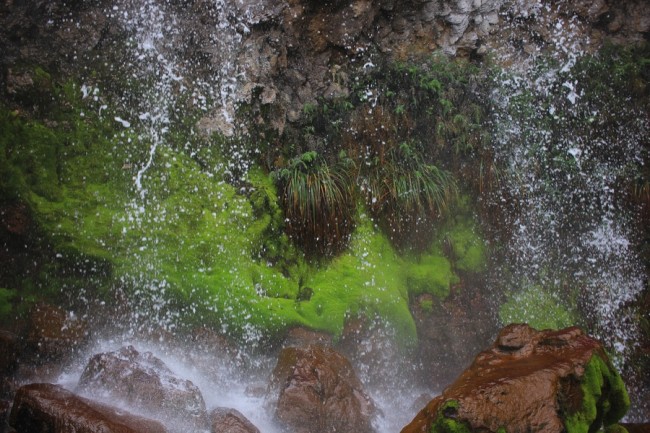 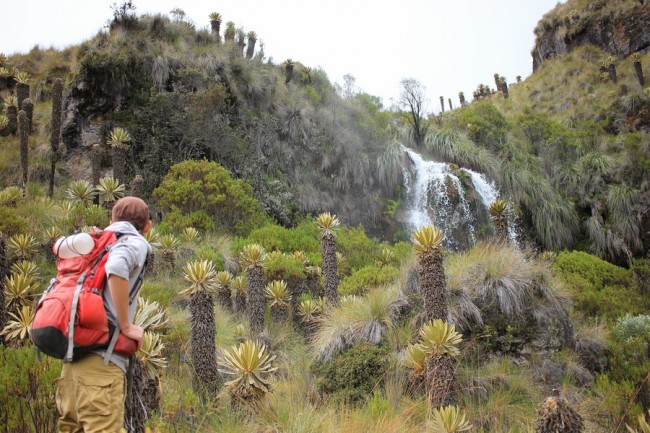 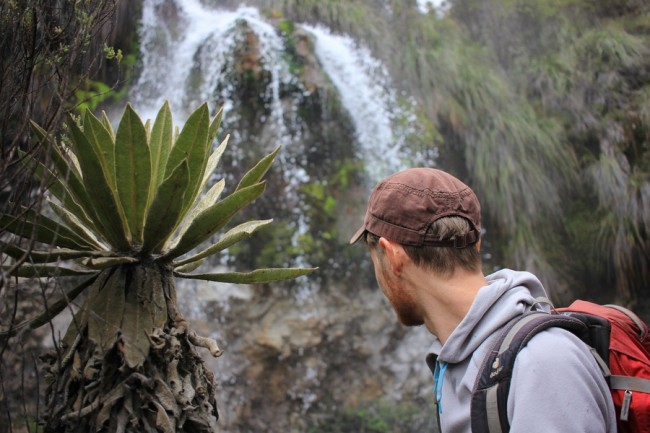 Such an abundance of hot water, saturated with different connections, turns to local regions Páramo in even more amazing miracle. Volcanic activity in the form of sources gives life to diverse colonies of bacteria and algae that add a bright, acidic colors in muted colors severe Highlands. 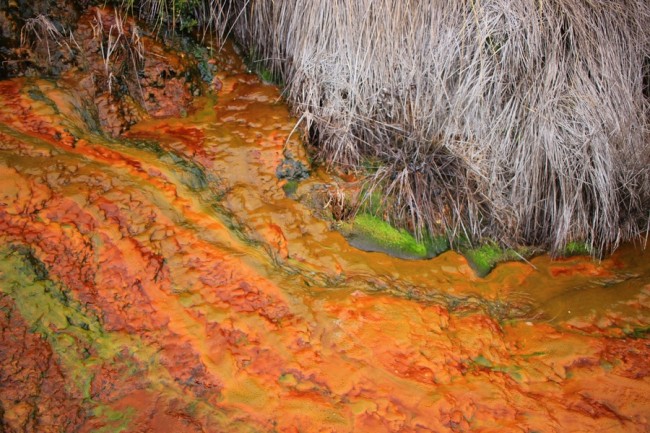 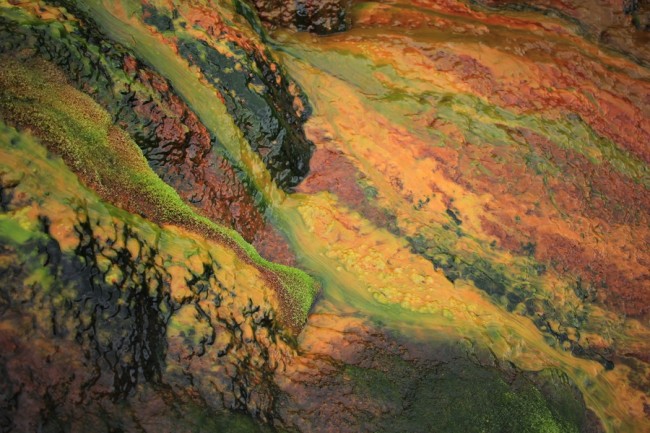 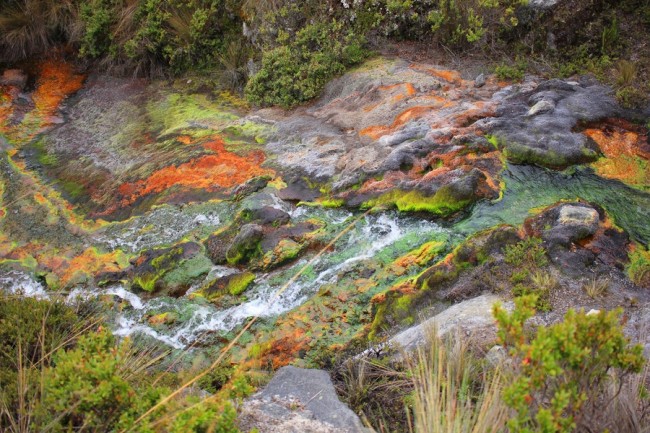 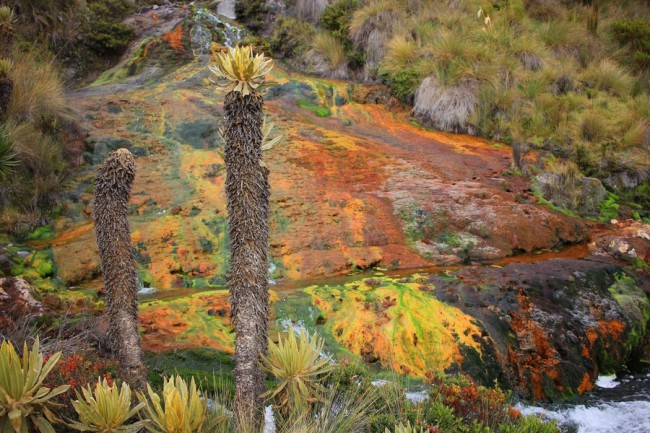 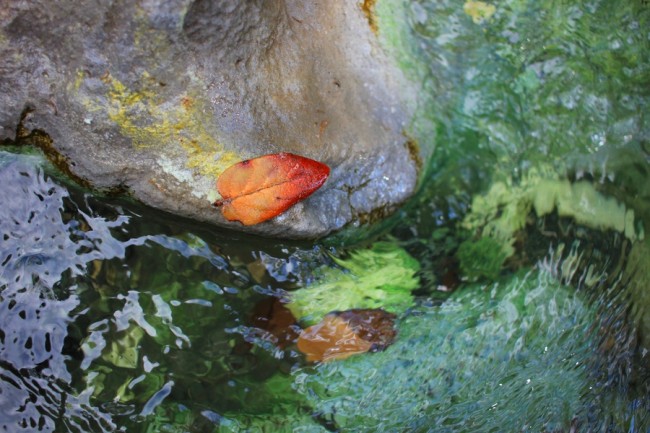 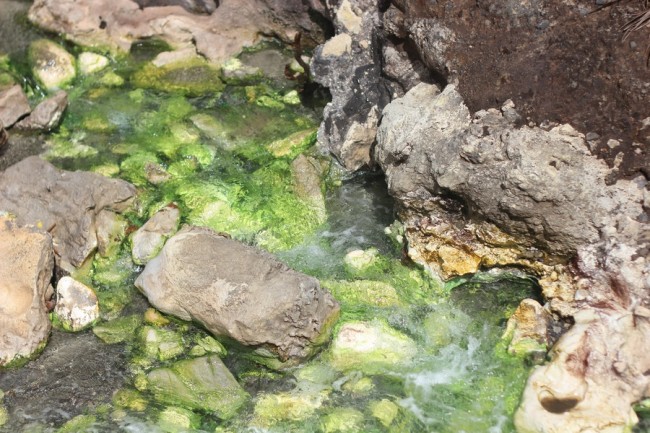 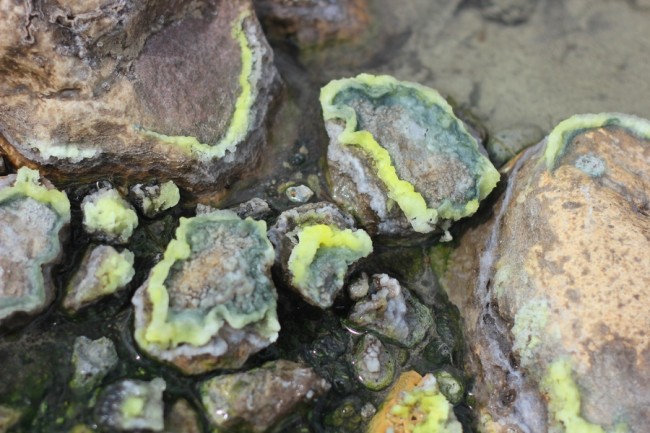 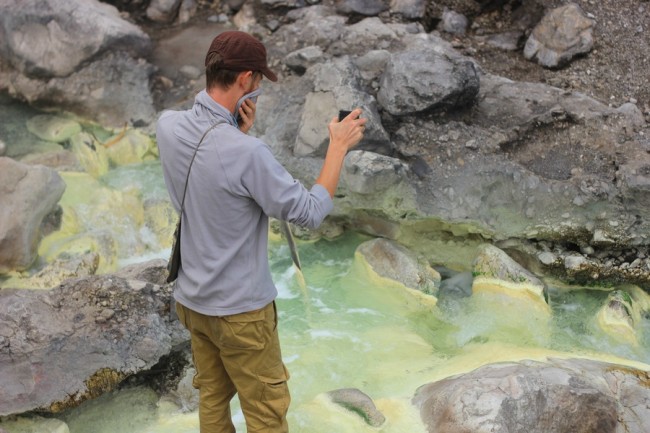 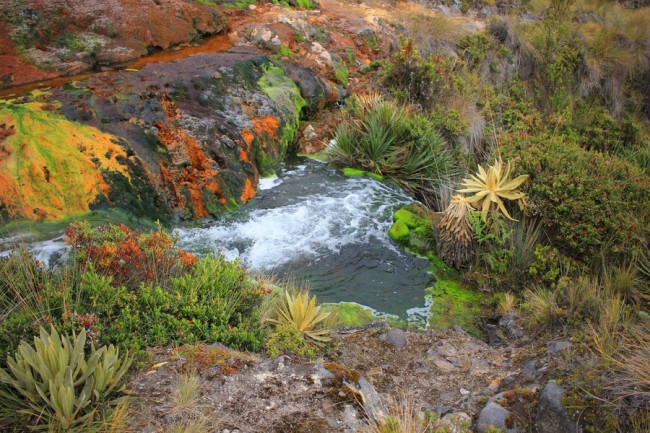 In view of the fact that Ruiz volcano, passage to the glaciers very often closed, so as a way to block the fumaroles that emit poisonous gases. Lead activity closely monitored, not to repeat the tragedies of the last eruption, when the city was not evacuated in time was washed with hot laharami from the melted glacier. But walking at medium altitudes on Ruiz incredibly interesting, not even rising to the glaciers. Overnight can only brighten her-here star closer, but morning shower can replace a bathroom useful thermal waters. 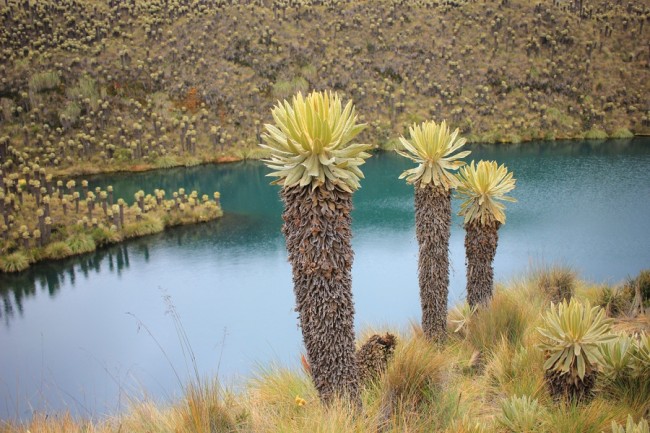 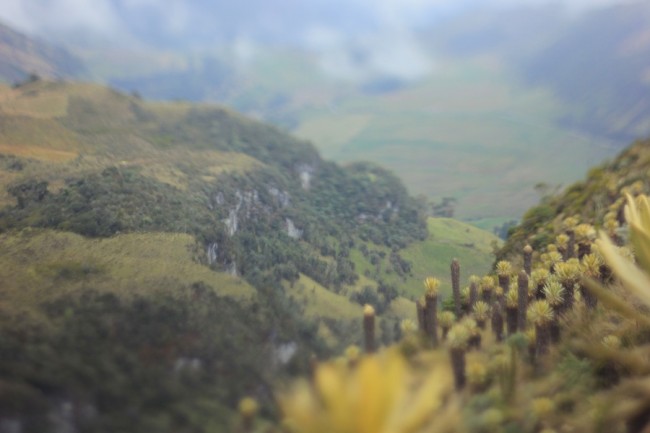