Guatemala!!! We are in Guatemala, waited for her for a very long time. But, says one friend of ours: "Guatemala is good, but I'm not thrilled." Exactly so:) And like … It is very cool. The nature of kick-ass, fertile land-vegetables, fruit, any; Emerald mountains, blue lakes, rivers and waterfalls. Oh and spit that little asphalt! From this it seems that the country is more! Going myself a hundred miles on dirt road all day-so what! -but the kinds of beautiful and change with each turn of the serpentine, and each new village women's skirts, of the new color.

But all good things quite a bit darkened human … stupidity? Or it's not stupidity, and greed? So, for example, markets trade is conducted individually. Bananas by the piece (even in boxes filled often-every banana apart from fellow). Carrot piece lemons by the piece … but that's okay. Ginger piece too (!) as from leafy root curve make unit-only know Guatemalan babusi. The strawberries we approached afraid:)) good, though tomatoes here. Though they sold pounds (here English pounds, gallons).

Today, the last straw-to the outpouring in the post. Fit today at … the hostel is not hostels, camping isn't camping. This is a House. House hold strict grandparents Don and Doña. The House, on two cafes, on the roof of one of them-where our tent-camping, a small pool, a shower with cold water, WC, meadow for children games, lawn-parking.

Yes, camping here cheap 30 quetzales 2:) is a big plus But everything else is paid. Parking? -requiring payment. Bathing in a pool? -requiring payment. Hot showers (immediately available)? -requiring payment. You cannot cook. and … Online! The Internet is. Good speed. It almost nobody sits, as main customers area-Guatemalans-in swimming pool. The Internet include with 7 am to 7 pm (with radio). To gain access you can either buy it for 10 quetzales (it is 80 rubles approximately) to the 7 pm, or buying a cup of coffee for the same price, but then two hours later, the password will be changed. The fact that you're here live and buy coffee is not enough to use the Internet properly. Looks funny: come up to the window, you order coffee, ask a password; the girl with the delovitym views on your computer enters the password (closing, both at the ATM) and two hours later it changes. Amazing … Unlimited Internet, which nobody enjoys.
I understand that grandparents may not understand what is the Internet, and how good it can be a bonus for the guests. For the good of Internet on a cold shower to accept … But no! (at this point, my Internet for a cup of coffee just ended)

Packed our things and asked to pay to return over the next two days, moved to another hostel. Also on kazhan, too not without jokes. But better. This is a nice easy Guatemalans. :)

Oh Yes … Here were walking in the street and thought that the feeling is we have both forgotten, but eerily familiar. And understood! Exactly!-here you are, in most cases, someone else's. Quite strange, as in Asia, we were … Good, but its become somehow difficult, almost impossible. Spanish in villages do not talk or only with outsiders. During his time in Mexico, we completely forgot that feeling.
View from the terraces but stunned:) Get used … 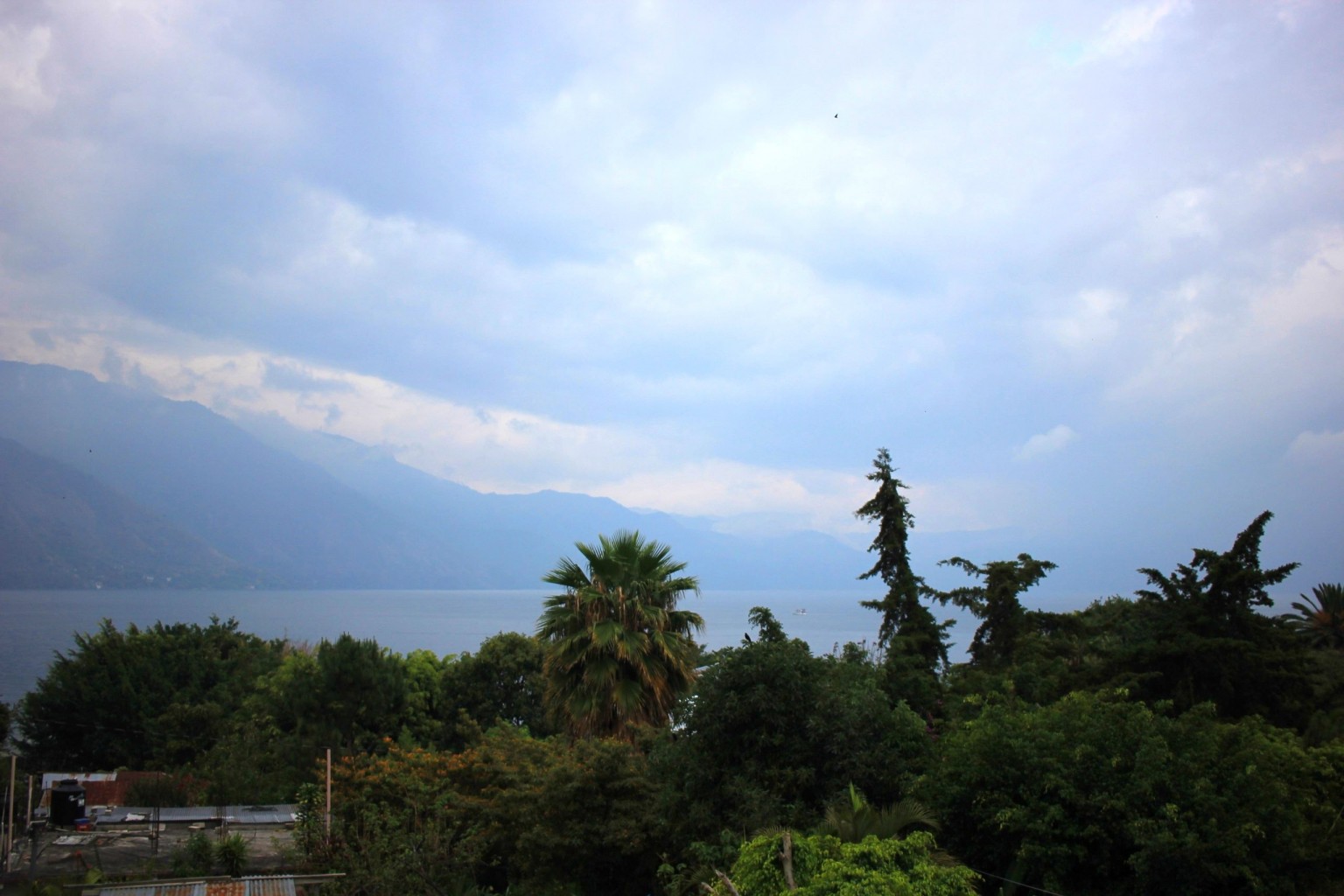 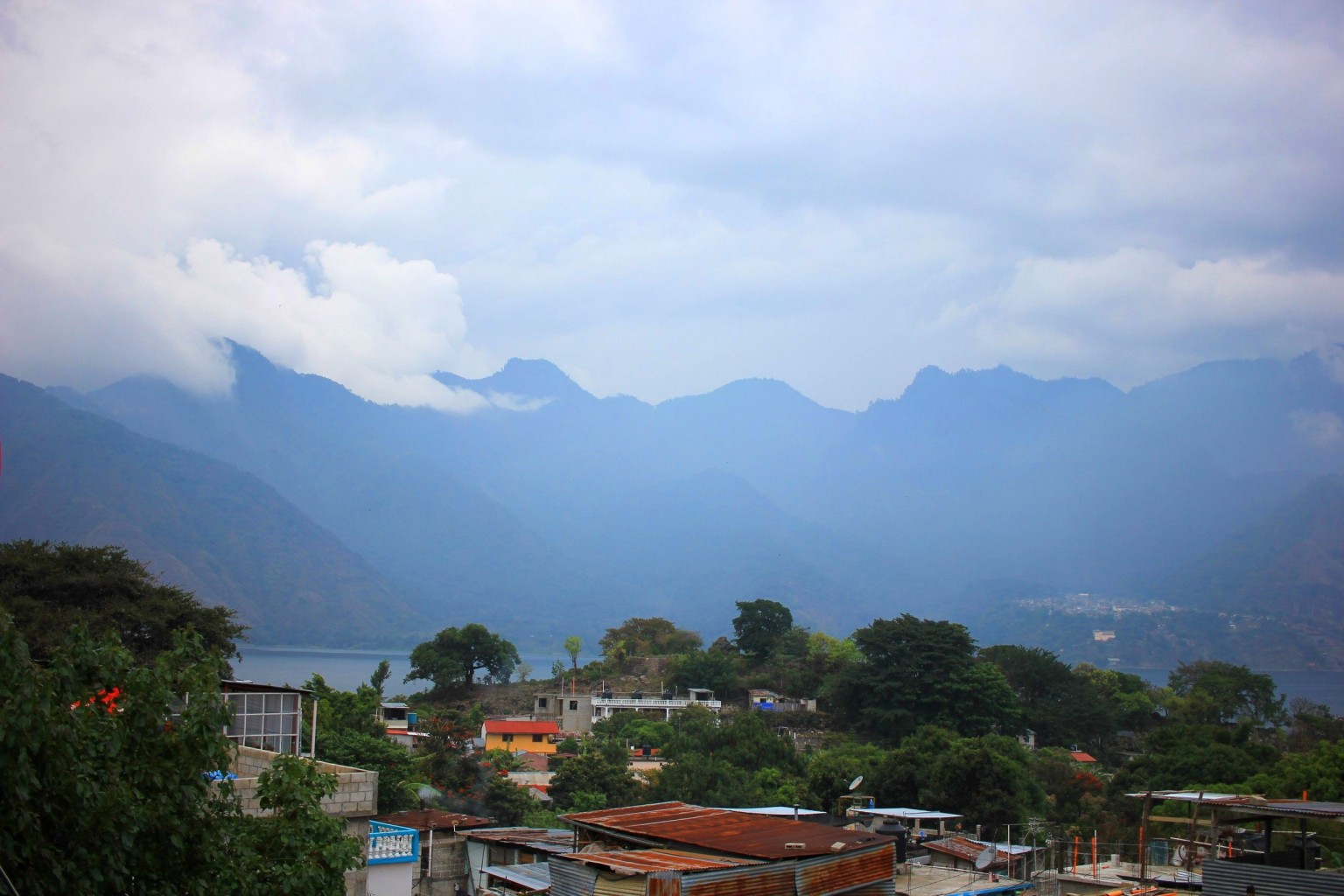