On Earth there are not many places, mysteries are not yet solved, and treasures are open only in small quantities. 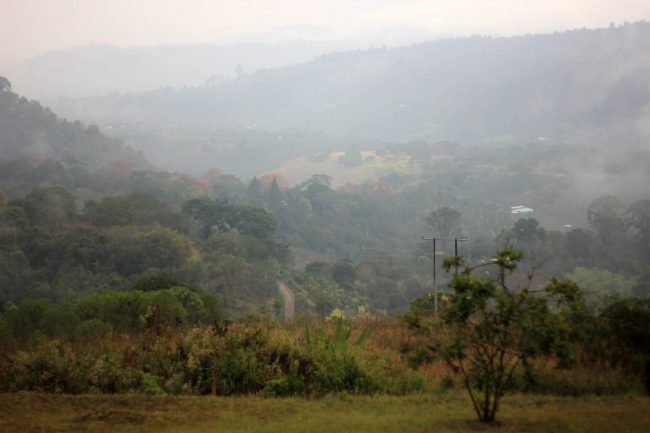 In southern Colombia, Huila has a small village San Agustin. It is located in low-rise but picturesque mountains belonging to the Andean system. It is in this area originates the greatest river of Colombia Magdalena. Here she looks quite different downstream is a powerful, pulsating, "their way through rocks, stones, Magdalena has the appearance of a totally wild. At its steep banks and kept another one of the great unsolved mysteries of pre-Columbian civilizations. 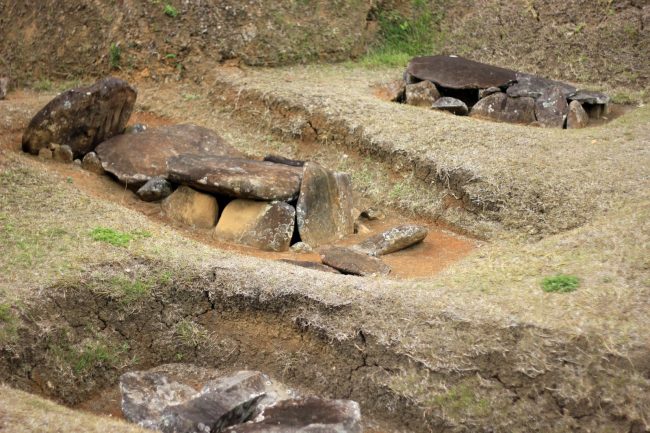 About this culture is known not so much. They had no written language, that could convey to us their customs and way of life. They did not have and stone buildings that could shed light on the daily life-all the houses they built of wood, which has not survived. Ceramics only began (and according to many scientists, this culture was one of the first in the new world, which started using ceramics), and pottery finds do not contain data, as the later designs of the Americas. San Agustin culture was a mysterious and powerful. Their heyday came in the first millennium BC. But they disappeared even before the arrival of Columbus in America, becoming a mystery even for subsequent tribes occupied these territories. All that is left from them numerous burial places (which differ in style from all other pre-Columbian cultures, but with signs of contacts with them), gold jewelry and statues (it is this culture was able to treat gold as only through many centuries have learned in Europe-they have created a variety of alloys, including with Platinum), and the massive track-stone sculptures. A self-defining term still have not identified, so today this magnificent culture bears the name of the settlement of St. Augustine, through missionary Juan de Santa Gertrudisu. 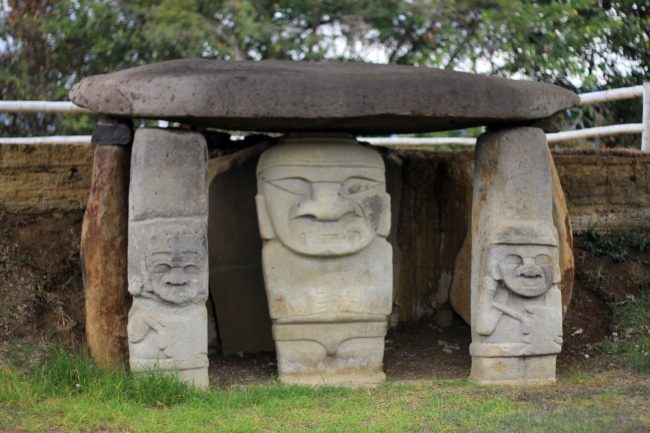 It is worth to get on this earth, questions are being raised more than it seemed maybe. The answer for most of them, it is simply impossible to find. So here, sooner or later, any observer. Information is almost meaningless. Here you can be a kid and rely on your own feelings, even rare banners describing the millennial events and values-only guess, almost has no merit.

In San Augustin opened only a fraction of the wealth, the majority still awaits its discoverers. Though nja that archaeological finds San Augustine included in UNESCO's World Heritage list, they are in no hurry to open. The process of learning is slow, so even today, walking in the mountains, exploring the Emerald Gorge and caves, you can find something new.

What are the current treasure? Gold ornaments and statuettes are buried in a safe Gold Museum in Bogota. Here, among the mountains there are four archaeological zone, which covers one cheap ticket and many, many scattered sculptures carved in the rocks, or buried away from throngs of finds that you can view for free. Sculpture-variety, many of them were plundered by the local population, Americans and Europeans. Particularly valuable ones are still in Berlin and Washington. Only part-about forty figures were returned to the National Park. Birds and beasts, humans and a mixture of all the above. They looking straight into his eyes, they silently say about something. Not all of them were accompanied by burial, some shapes quite normal-fishermen or workers of one or other crafts were found away from the ritual centres. But those that have a sacral meaning you can learn right away. Special expression of the face (or snout), gestures and attributes of spiritual authority. These stones can be touched, they can be considered quite close. Stones in the forest seem to be revived and look like live. And thanks to this, you can close your eyes and travel back a thousand or two thousand years ago. 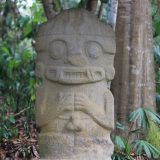 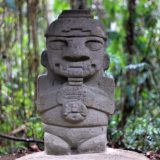 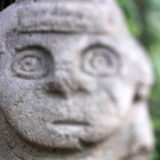 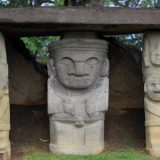 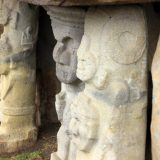 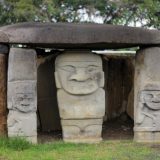 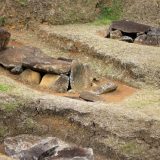 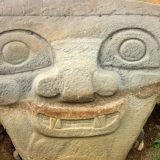 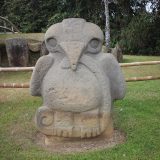 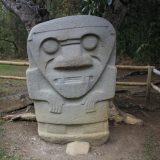 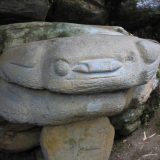 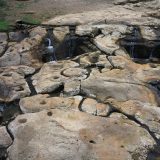 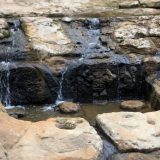 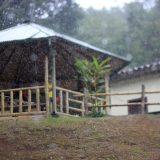 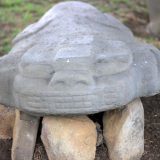 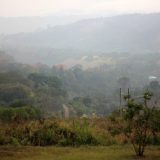 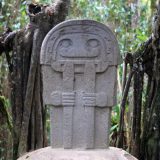 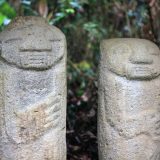 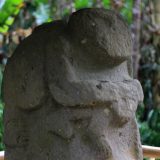 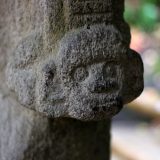 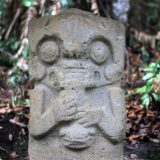 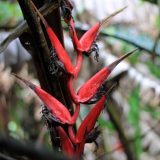