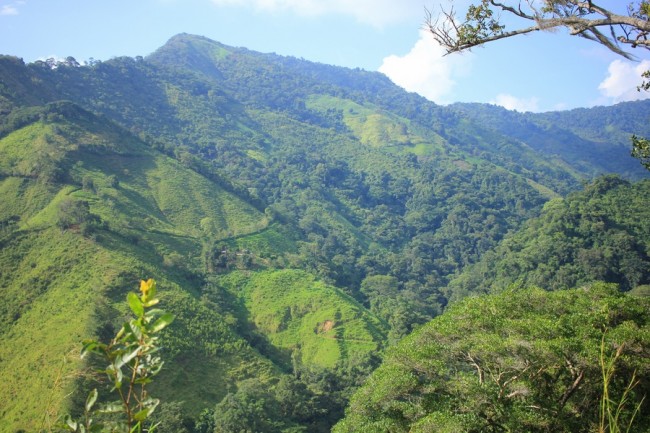 Colombia-not the largest by volume producer of coffee in the world. But historically and geographically, it is here, in the unique climate, the best beans are born. There are more than eight unique varieties of Arabica, equal to which you are not syŝete in any country of the world. 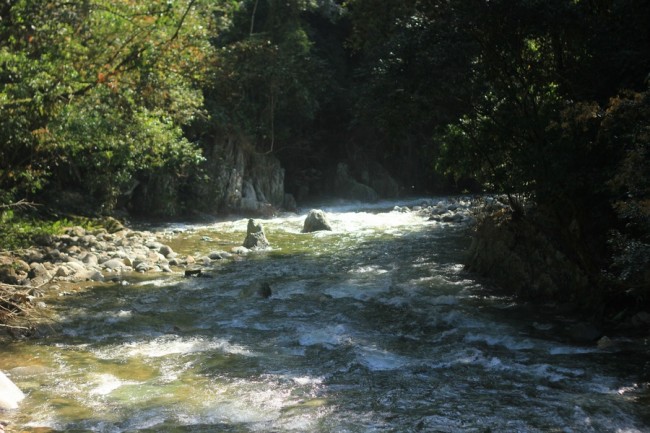 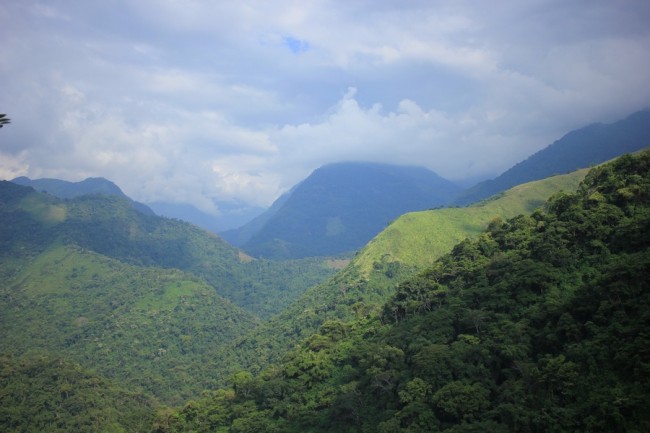 Where do you find where to see how was born the world's best coffee? In the sacred (for indigenous populations) the mountains of Colombia in late December high season is coming! In the shade of tall trees, ideal for coffee bushes were already in terms of red berries. Hundreds of seasonal workers flock to three months on small and large knives to harvest. Among the owners of Finnish have both coffee barons, owning five, ten, thirty farms and ordinary families who between them organise co-operatives. First, for each of its lands Minister hired knives, and he in turn, living, literally, on their work throughout the year, organizes the entire process: order of works, hiring workers and full life knives. In the second case, often, simply collect all the relatives on the harvest season, and in the rest of the time they live ibid., tilling the land and growing key products-rice, beans and vegetables. 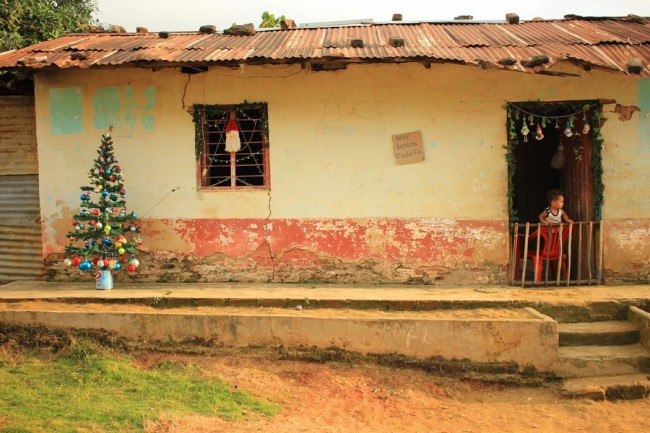 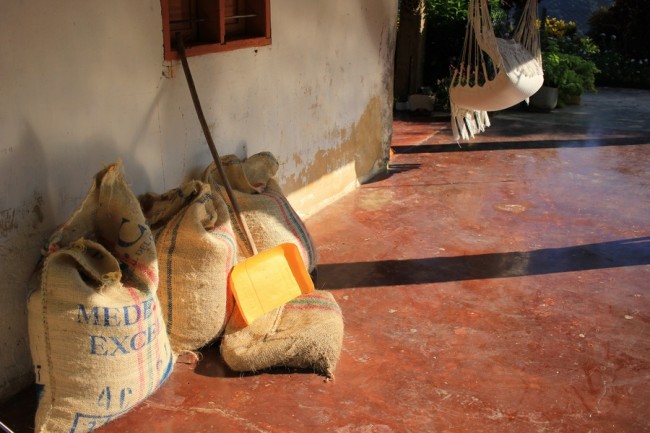 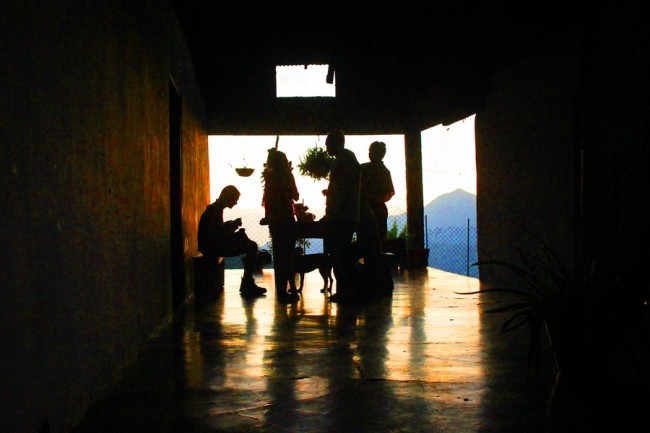 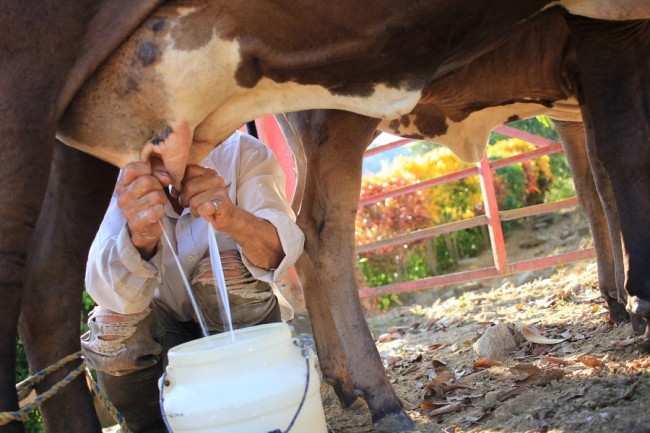 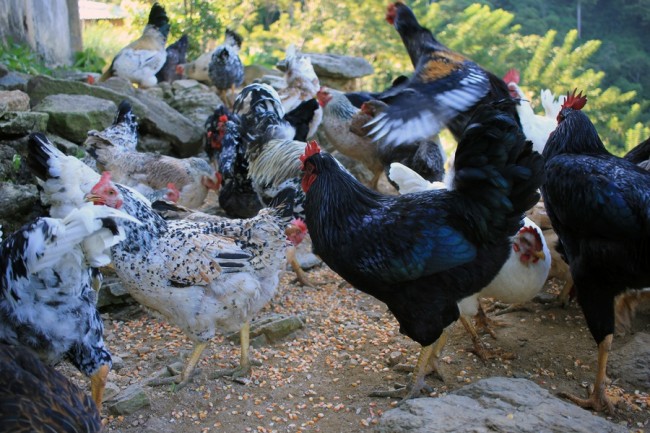 In principle, not in Colombia grows coffee just lazy. Average income per family has at least one Finca. Coffee is most often drink "". As the home of coffee can only be judged only by relying on our own taste preferences. But here's the coffee, which in Europe and America, Japan and Australia sold gold under the world famous brands is ecologically pure coffee (organic) grown in special regions which recognize the specialists. 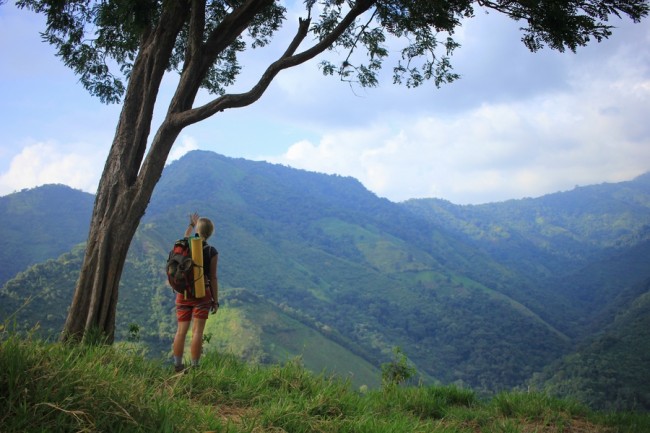 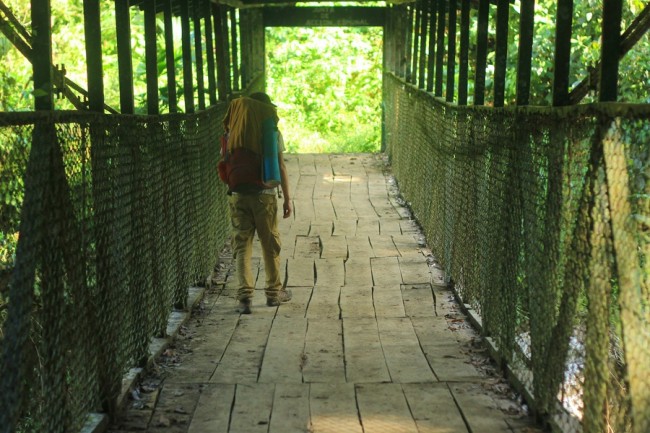 What does the word organic? This environmentally friendly product. This coffee is grown at a distance not only from the cities, and even on highways. In the mountains, with the purest drinking water. Where it is possible to pass only on foot or horseback. The entire process from planting the coffee Bush to sort bags takes place manually. Here kofeteros do not use fertilizers and chemicals-and without them all growing and speet perfectly. 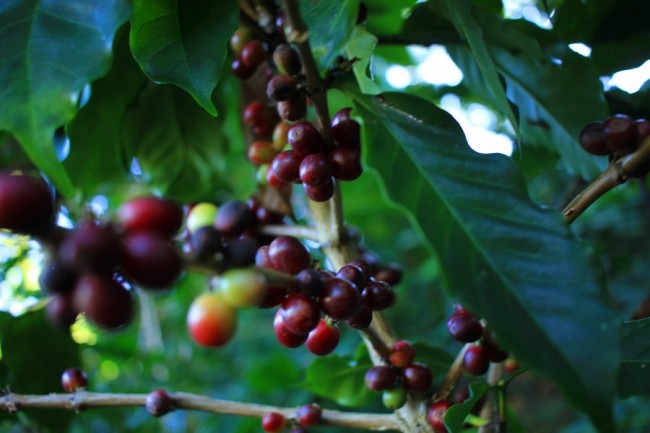 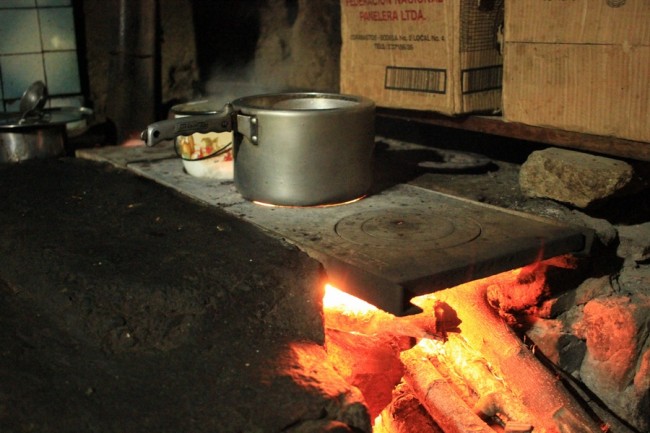 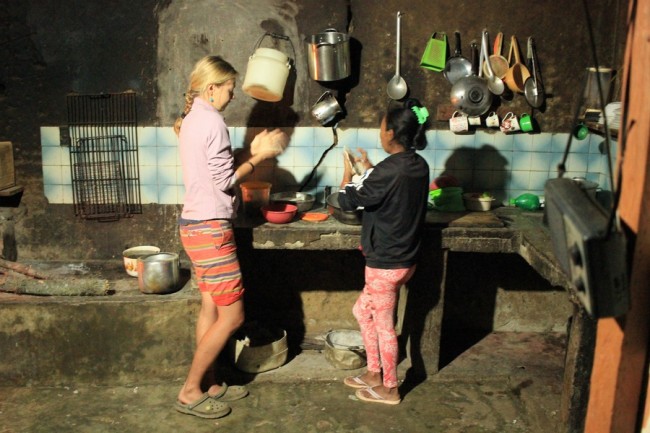 Each client is aware of the best coffee in the world (officially certified) in Colombia is not. All gold of the world coffee is exported to developed countries. But only here, on new year's Eve, you can see the hidden mystery. The day begins before dawn cafeteros does. The first raises the hostess knives, four in the morning, under the stars, to make breakfast for assemblers (among them, mostly men). Boys, men, the elderly (often among them are brothers, fathers and sons, uncles and nephews), awake at dawn, breakfast and, ahead of the rays, are sent to the slopes, the work will continue until four o'clock in the evening. A day, each worker collects approximately 40 hips buckets for 4 gallons. This is a huge amount that cannot be achieved without some experience. Berries need to pluck just the ripest, without affecting the green because the harvest from one Bush shoot up to four times per season. This is incredibly difficult, and newbies here not really complaining, since they are more likely to damage, green berries he crushed or drove aside rather than benefit. Payment work is conducted exactly according to the number of fully assembled baskets. So anyone interested in the production and quality. 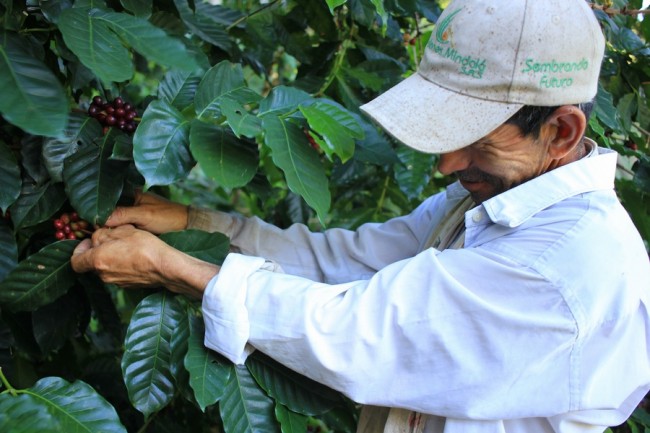 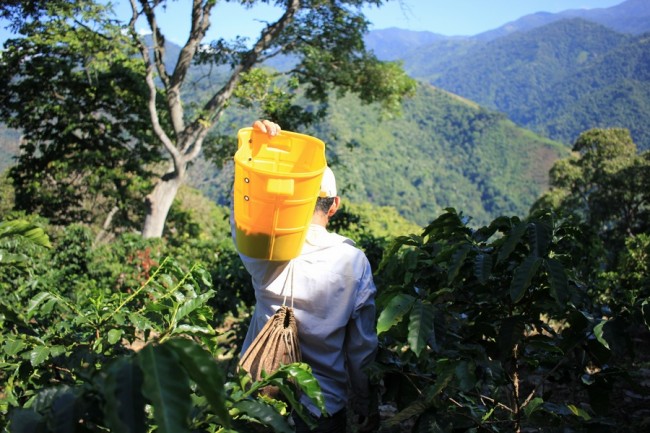 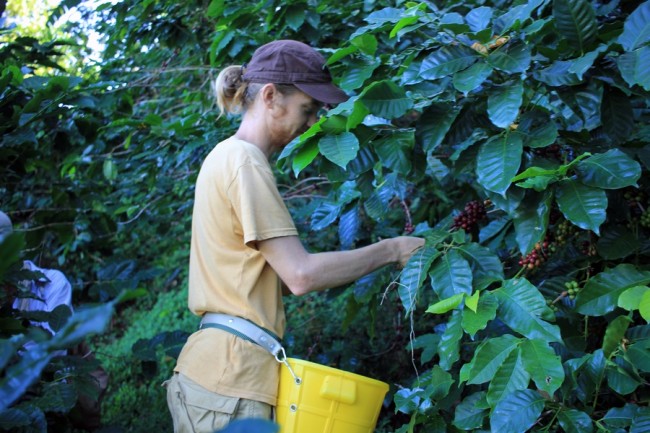 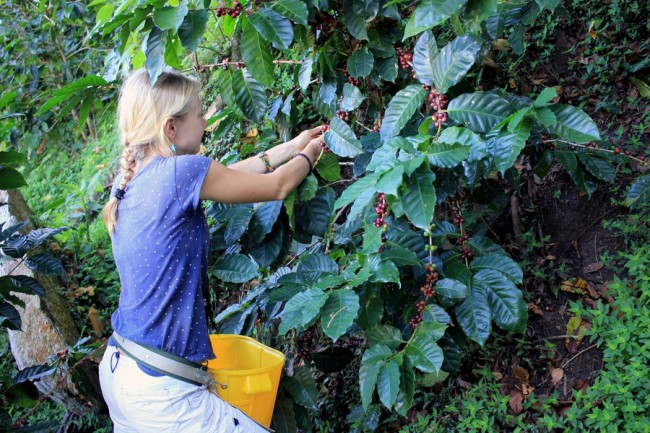 Baskets of berries fall into davilku, where ŝkurku is separated from the grain. Then, a mixture of skins and berries washed with pure water, it poured and a couple of days left fermentizirovat′sâ. After fermentation, the mixture is washed definitively, and pure grain fall under a special trough in the drying compartment. After the first, slight drying, excluding grain still moist-here comes the selection of grain. Large, smooth grain, not the garbage left is a Colombian gold. Second class grains also didn't disappear, they will go for production of ready-made coffee in the country. 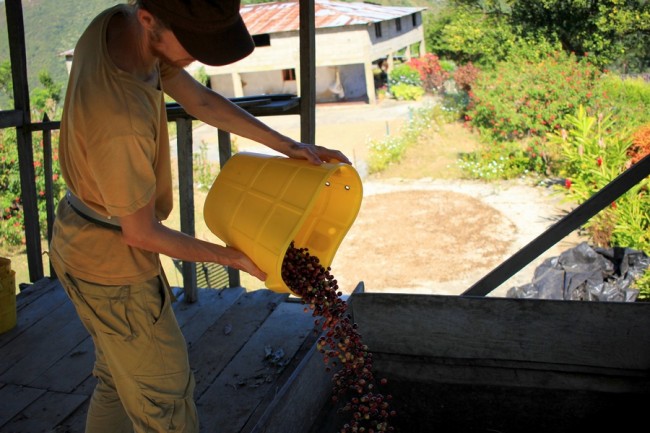 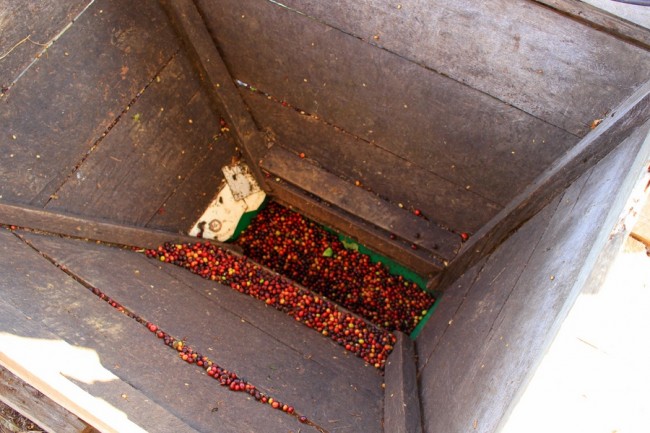 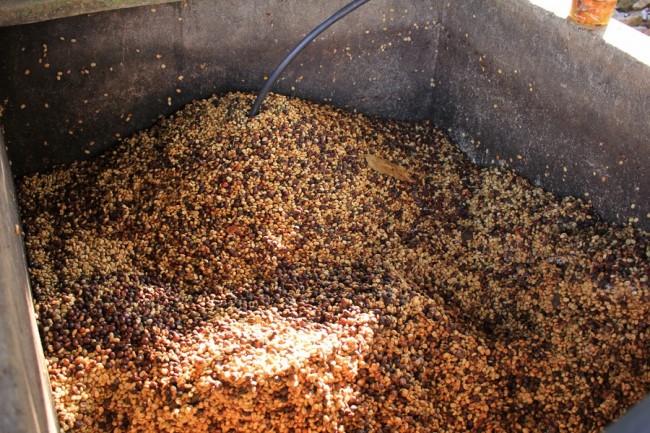 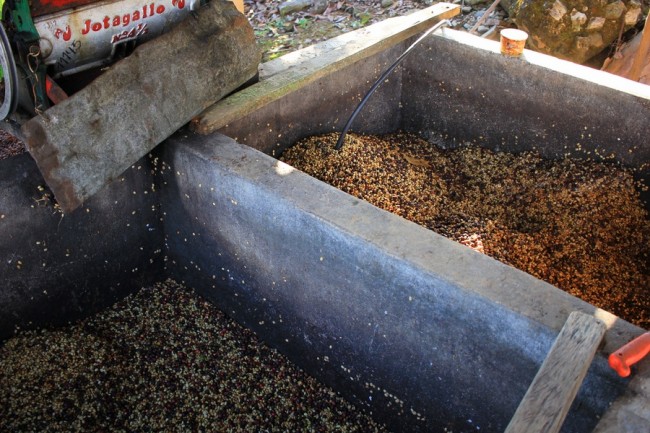 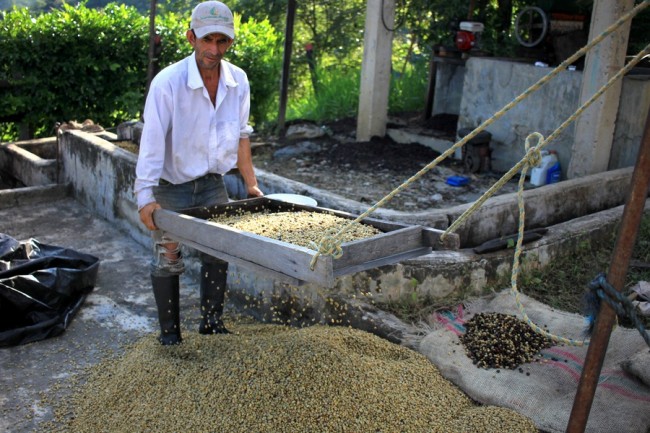 The next step is drying. At a special open, sunlit and well-ventilated platforms coffee will lie for two days. After that, it gets on hot and dry attic knives and there will be dry in the shade to the desired condition. And only finally having dried, beans fill bags and caravans of mules (mules can be one and ten-depends on the size of the knives), send to the nearest village for a cooperative sort. There's coffee already precisely weighed and packed into bags of stamps and addresses of customers. These bags will score the body small gruzovičkov to the top and those on dangerous mountain roads will be blurred them into civilization, at the port. 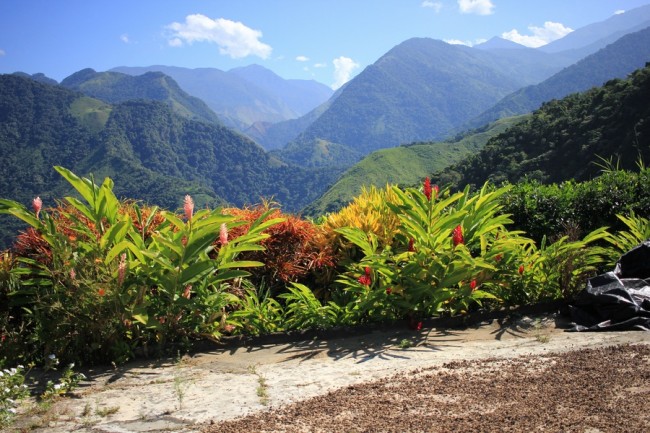 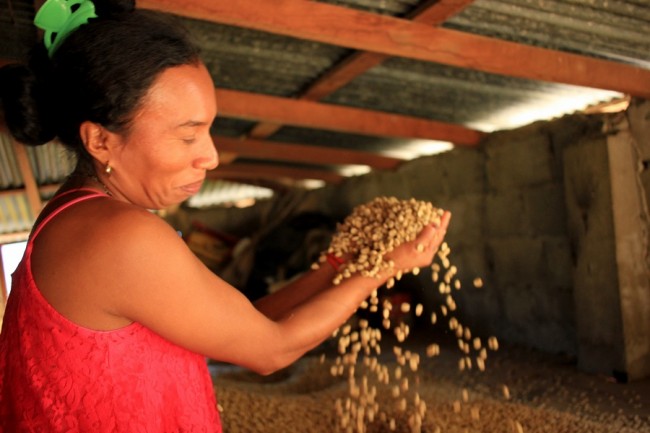 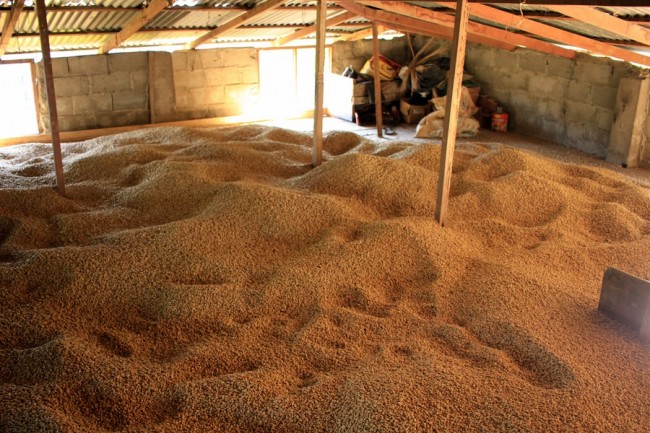 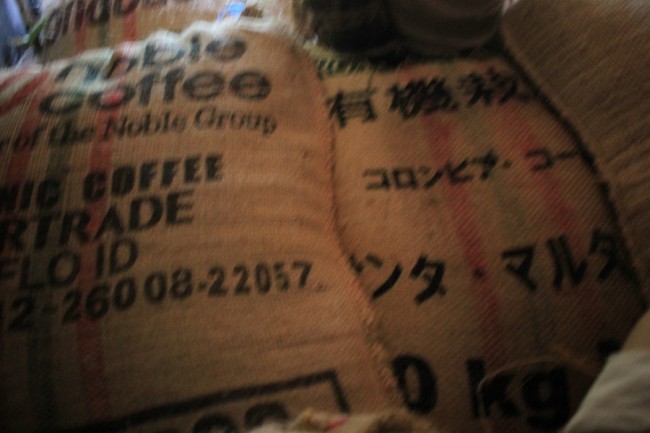 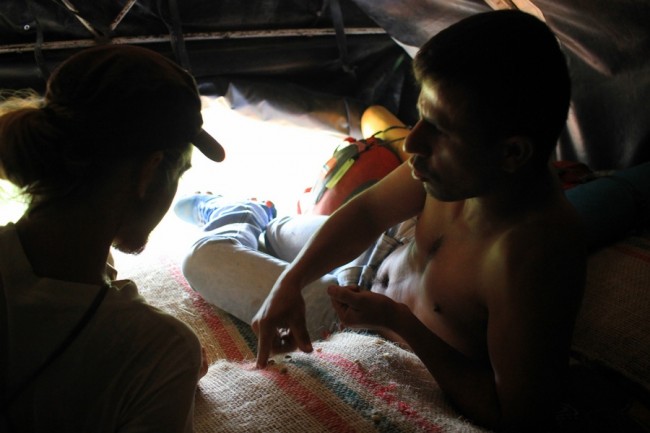