Prince on a white horse-literally-is it worth looking for in Colombia. And do it in early January in Manizales. On the second day of each new year on one of the Central streets of the city goes kabal′kata-horse parade involving thousands of people, vocsedaûŝih riding on their best horses. Most of the columns is rich, the owners of Finnish and farms. So here-and horses of any suit, and the local Princes and princesses. 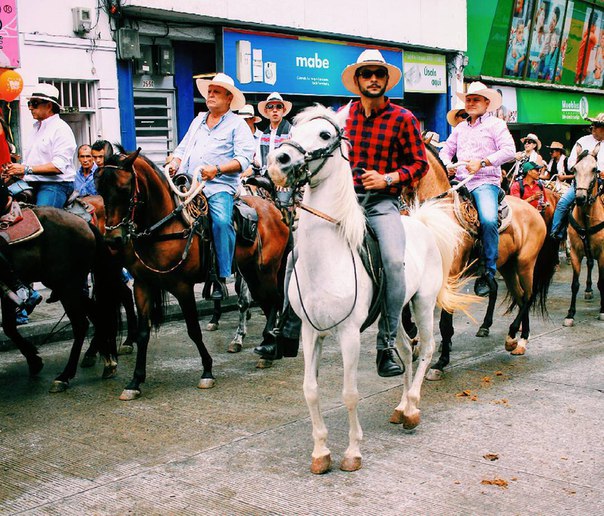 The first thing you see, getting on kabal′katu is a prodigious number of horses. Horses and hats. Participants come here that called other show and show themselves. And the traditional attributes of Colombia here seem good manners-a Sombrero and poncho, spans in the form of a scarf. Often for women. 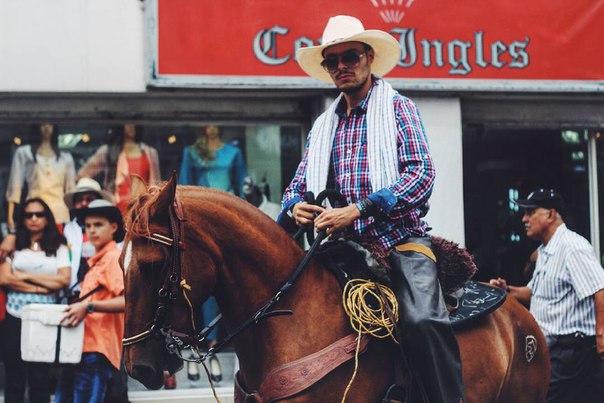 Women in the convoy are treated with respect and tenderness. They tend to serve as decoration. While the men try to beat harder and hold the horse special step, women remain calm. Some of them, there remains only one main objective-to bring your beautiful neckline. 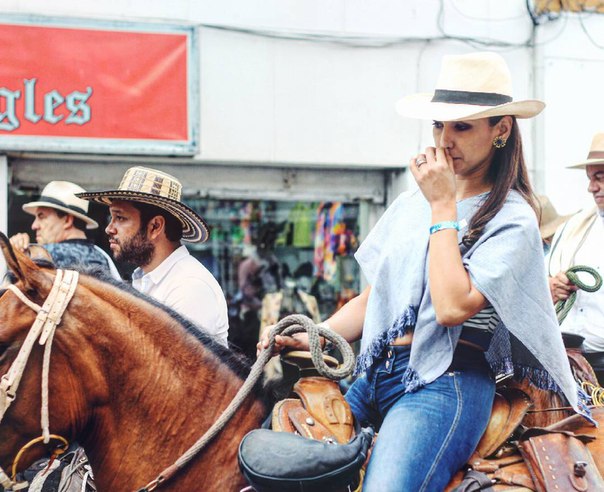 But what actually is kabal′kata? Attention to the emblems parties delayed not for long. Thousands of sleek, well-groomed horses-the main object of the parade. Pride and the object. torment … Frightened eyes like some wild mouthpieces lips, sweat, frothing at the mouth and blood on the hoofs. Here's the flip side of this holiday. 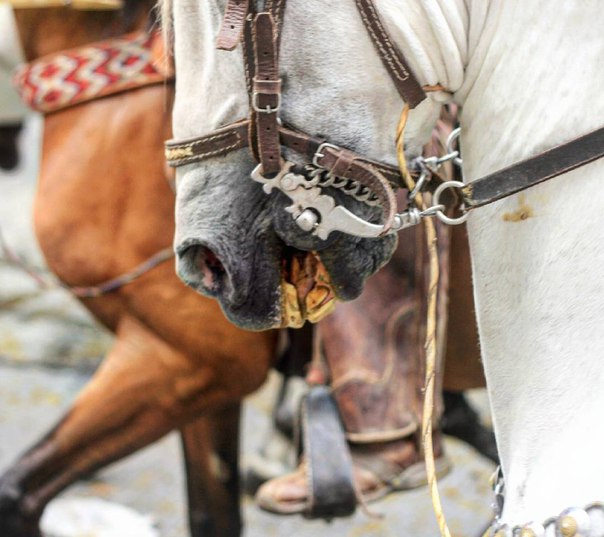 Note the length of the nozzle off the iron! Imagine what force influences such a lever on the mouth, the jaw of the horse … Try to push yourself with a spoon at the sky-this is a very painful feeling. In horses from exposure to such iron crushed jaw bone. Surprisingly, in a country that prides itself on lack of circuses with animals, is still held in high esteem such atrocity. This is not a one horse … Such funds control almost everyone at the parade. 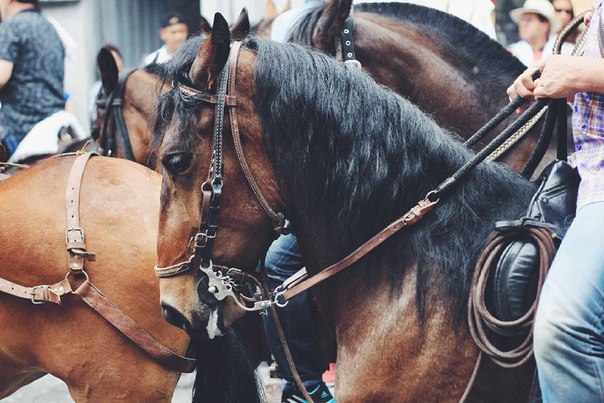 In General, random vvalivšis′ from the mountains on this "holiday" did not survive long. When you see how fearful have a foam Horse begins to pour the blood out of hooves (a horse with hoof killed is slowly dying horse, because the hoof help pump blood to the heart), as sellers of beer poured out of pity ice water from portable refrigerators these hooves, a rider does not pay any attention to it. When you hear the breath of the horses, and see how she trembles after another passage, as it falls into the crowd, the tears rise to my throat, it becomes difficult to breathe. Celebration of human vanity. Show how you are cool and rich, at the expense of frightened mučaûŝegosâ incredibly beautiful animal. BTW, participation in kabal′kate is considered dangerous and daring. Sometimes a horse Yes fails, the animal becomes unmanageable and disorder in which victims are formed often (rarely even fatal). 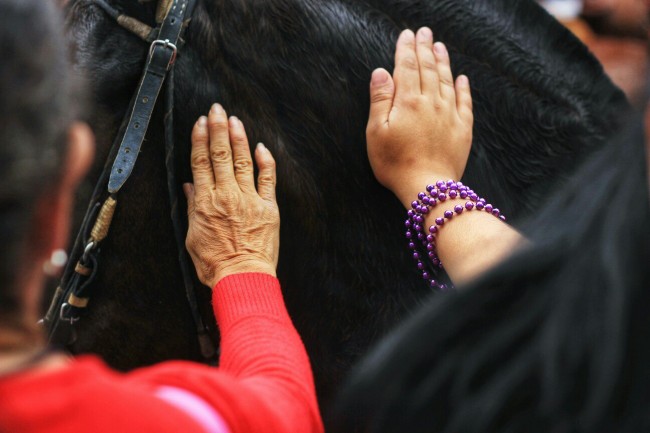 This is the story of our instagrama @soundaroundme. Subscribe to be informed of other stories and photos from the trip around the world.