At the closed gate of the city cemetery was quiet. Even lights and flowers on the graves. The couple walked with a dog, yes broken already buses with a roar swept the dusty crossroads.

We with Nikita those even adventurers. Its only worth to Cancun, the us called adventure. It all started with the fact that suddenly it turned out that the day of the dead no longer once there in the misty future, but literally tomorrow!

-Vava tomorrow go take pictures of the area, you can join! -dropped Sasha over breakfast.
-What about photography?
-People, tomorrow the same Dia de los Reso, was interesting to you this holiday season!

Immediately began pondering and discussion of this idea. Indeed, waited so long … And two months ago could not even imagine that we will be in these two days is still in Mexico! 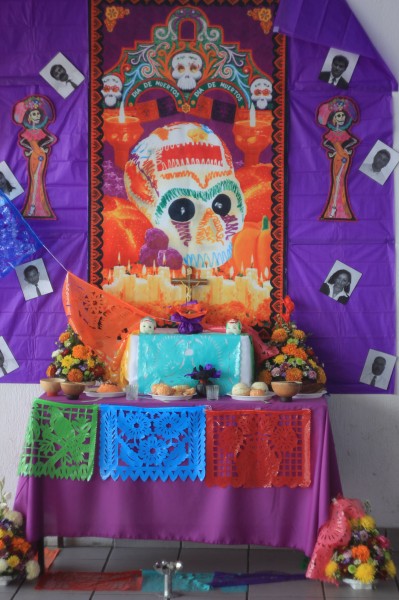 Within five minutes of discussion and planning, it became clear to us: the scale of the celebrations in a Cancun tourist there we know you don't like. I wanted to, of course, more! To like in the movies or in the journal "around the world". That's quite encouraging found Merida-eventually the State capital of Yucatán (ûkatekskogo) Besides still eerily colonial. According to our estimates, the concentration of Mayan descendants and Christianity was supposed to give the same explosion of traditions that we dreamed of.

The plan we have done brilliant:
1. "Sasha wakes us before going to work at 5 am.
2. Quickly dump the minimum things in backpacks (and at this time until it dawns).
3. Tightly after breakfast, go out on the road with the first rays of the Sun!
4. Five hours (okay, take 6 on transplantation of machines into the machine) and here we are already walking on the Merida in the thick of things, surrounded by painted under Catherine women among sugar Calaveras, prikusyvaâ sweet bread of the dead is one of the symbols of this celebration! And in the evening, of course, with the flow of the crowd get on the cemetery, decorated with flowers and candles to the graves, where people sit and remember their families departed relatives, singing their favorite songs, and eat their favorite foods (as though sharing a meal with them) and recall how their relatives were in life.
5. Then go back to our favorite hostel (the same one that visited Che). Not the cheapest option, but nothing we poprosimsâ at half price to the roof, and there usnem in sleeping bags under the stars on the main square of the city! "

Making this plan, we were thrilled! They even a little bit, considering what we rock!:)

… It was all invented, could only finish some business company ("a piece of cake!"). 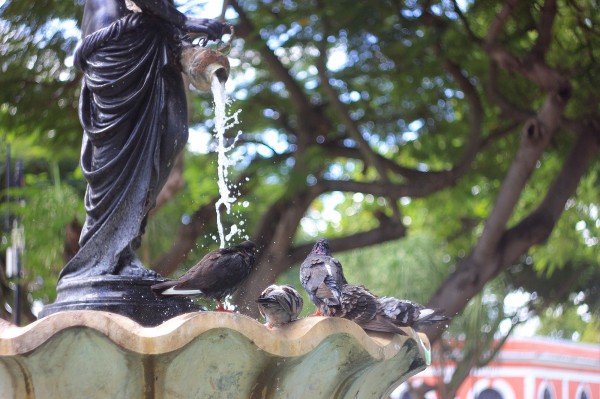 Probably all went wrong at the moment when went to bed at two in the morning. The case quickly finish failed. Sasha, as promised, woke us at 5 and ran away to work. We even wound up selecting her cheerful voices, but cost only cover Sachet door collapsed back onto the pillows. Woke up at seven in the morning only. The Sun had already looked through the curtain and thick noses. Stand up terribly. Taxes were not too fast, I had to tinker with the technique, check flashes ate a lot of time.
In General, from the House we left twelve! After half hours started stopit′. Do it in the middle of the city, though on the outskirts, has proven to be difficult. The first car stopped only one and a half hours. But it became immediately fun: in the backseat, clumsily složivšis′ sat long dlinnorukij long does flaxen-haired guy. Also, hičhajker. Mexican guys in the front were from Veracruz, haročos, shorter:) Ridiculed, they collected all the Europeans on the road finally moved out of the city! 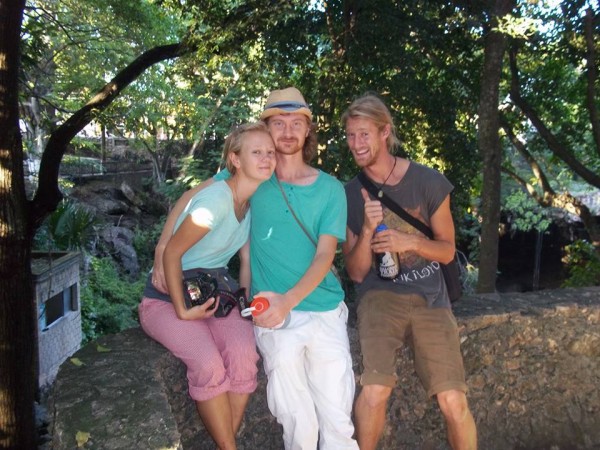 Matthew turned Franco Canadian speakers ("I am from Montreal!"), one hundred kilometers from Mérida was an item of his appointment-any European Ecovillage in the jungle, and as usual, rode it a retreat. Haročos (commonly referred to as the guys from Veracruz)-Henrique and Kristian-English is not spoken, they traveled to Yucatán, without a specific purpose, and throughout the way the three of us tried to unravel their plan. In the first approximation, it seemed that the guys go to Chichen Itza, because Mexicans during holidays admission: free. Then it turned out that they were going in the Cenote, and then to Merida ("If you want to go together, and then together to Merida!"). Then it turned out that the Cenote they still do not want to, and decided to go in Vajâdolid and from there all the same in Merida "so you can got to walk down the Center, and then all together we will go!" we, in principle, any hosted events, if the result was Merida. And so we ended up in Vaâdolide. Holiday (despite its proximity to the capital city of Yucatan) on the streets was not observed, this alarmed us. After exploring the Pacific Centre in urban Cenote, we suddenly caught our Sasha, which led a group of tourists to the main church.
-This is our Russian Amiga Sasha! We are solemnly told the surprised guys. 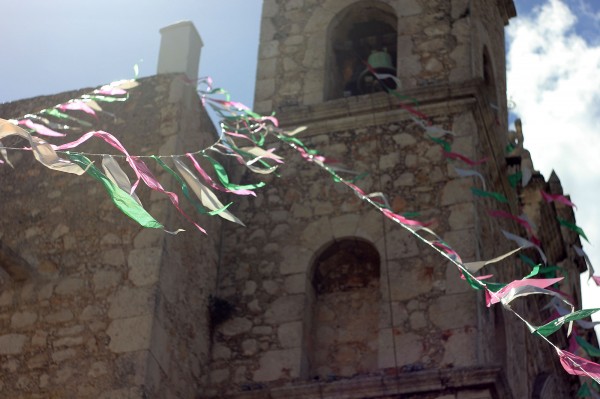 But have you seen their faces when this same Cathedral began streaming the other group of Russian tourists, with Russians the same guides with whom Sasha we already pereznakomila! Christian did not hide surprise and constantly photographed obnimaûŝihsâ. And Matthew, was puzzled and seemed slightly frightened:) He began to worry about the approaching darkness, about an abandoned backpack in the car of a Mexican, that he did not know any places to sleep, neither here nor on the way. Had it for a long time to calm down and assure that all will be well. When it became clear that the French and English Russian English, almost two different languages (that's with Mexicans-us Russians-it's easier to explain). As a result, Enrique decided to take him to the èkoderevni-with the hook in the 30 km.

In General, we found ourselves in Mérida to nine pm!

-Oh, but we can now go to the graveyard! -We encouraged each other. 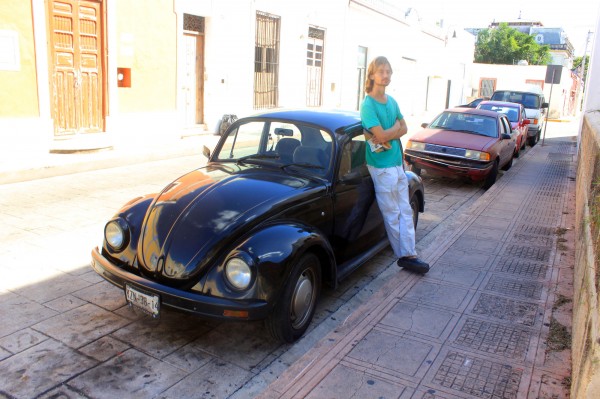 However, Merida may seem testifies on the square was the usual renewal-no more and no less than usual. Neither the Mummers, no individuals have been coloured front. Seigneur in the information booth surprised our issue about the location of the Pantheon and these, in turn, surprised us.
-Why do you go there? Halloween was yesterday!
-So it's Halloween! -We did not give up, and we want to celebrate Dia de los Reso! He starts today?
-Today …
-A cemetery, as think openly?
-Must be …-shrugged senor.

Unusual fatigue day manifested itself. We have decided that it is better to agree on the roof to the cemetery, and already there go light with the camera and recorder. 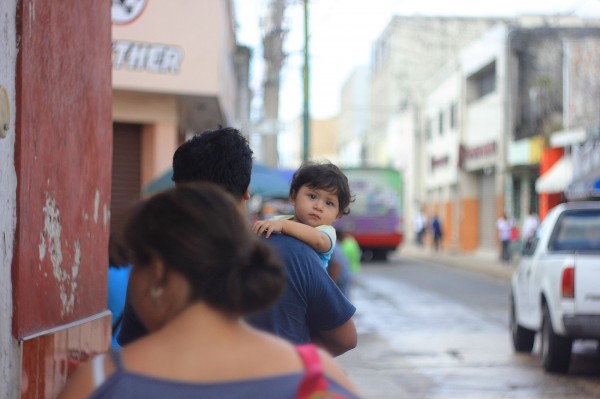 Hostel Zocalo proved a lot of people, crowded, unusual kitchen positions those members of the family with whom we have never met a month ago (hostel holds a large family-aunts, uncles, husbands and wives, cousins and siblings-all while the live immediately and together with the guests using the same kitchen, so you can see parts of the family for breakfast and lunch). At the reception sat starûsen′kaâ Señora and with the business view photograph papers, invoice numbers on a separate sheet and calculated them. Nearby sat a family member, which we already knew. Neither Lord nor uncle in English is not spoken. But when babusi reached the meaning of our crazy ideas (despite the fact that around the hostel there are only two huge beds in dorme), it is strictly cut: ' no! It's impossible! No! "Uncle shrugged, showing us that our idea look cool, but it is powerless.

Along the way, we got to talking.

-And you don't remember us, we a month ago you were?
-Not sure …-smiling meets Uncle.
-Well you have butchered the crocodile, when his American priper here!
-Ahhh! Remember-remember!

… Room as a room or three bed. 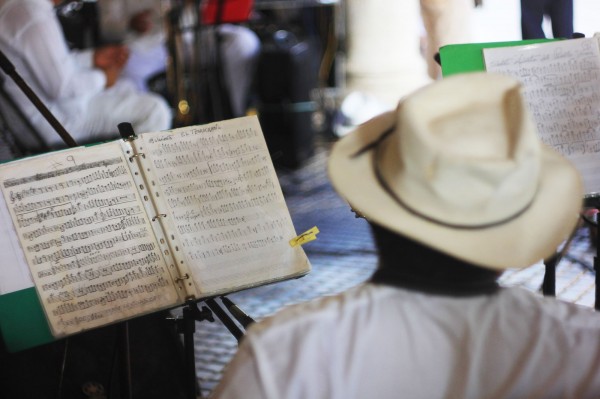 Grannie strictly prescribed check backpacks, we dropped it and in the graveyard finally! The benefit of it is two kilometres from the Centre. There was hope, that in the center of the celebration is not so noticeable because already migrated to the pantheon. With each successive intersection, people came out less. In the Windows of the houses we've seen altars-pantheons, open door family leaving the festive tables, coming home. Some where Gates vyšatyvalas′ drunken youth.

At the closed gate of the city cemetery was quiet. Even lights and flowers on the graves. The couple walked with a dog, yes broken already buses with a roar swept the dusty crossroads.
Here's to you and day of the dead. The force wasn't even disappointed. Here the road ended at three hundred kilometers. We reached the goal and frustrated by the thought, where to go.

-Guys, you bus in Center? We asked sweet aunt in a green apron at a gas station.
-Need …
-It's right here and stop, I'll tell you when he picks!
-Why the cemetery closed, day of the dead?
-Do not know … such rules, eight will be open tomorrow!
-Pm or am?
-Am!
-And you'll be here all night?
-Yes, it's been ten minutes my shift ends, thank God! 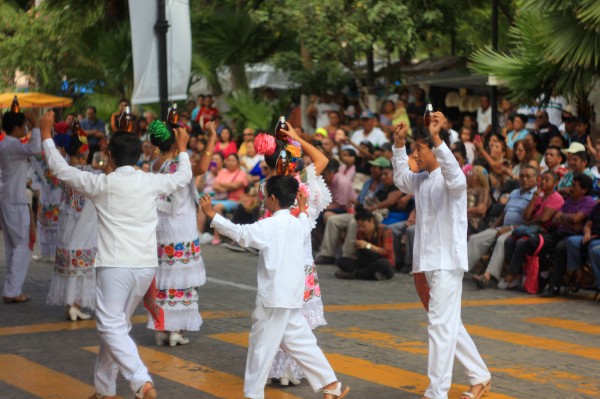 So we stood and chatted with her, there was no bus machines too long. But still, we waited.
Back at the hostel, found in our Australian dorme in ages. Lovely woman. And after a conversation with her last strength, lie to sleep …
Maybe the lack of fully conceived adventure may just be the call of the heart, we decided not to come back just so home.

The next day, leading with a finger on the map nearby territories, we suddenly remembered the Ani comment "site in the Kusamu!". Why not?! When, if not now!
So began our adventure of a long week. Photos of Merida-as compensation for photos road, erased fotikom! 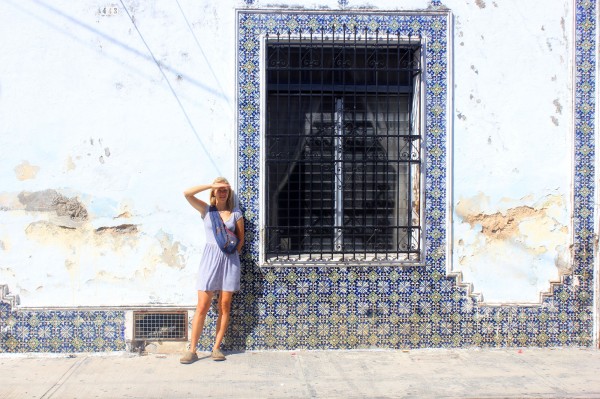 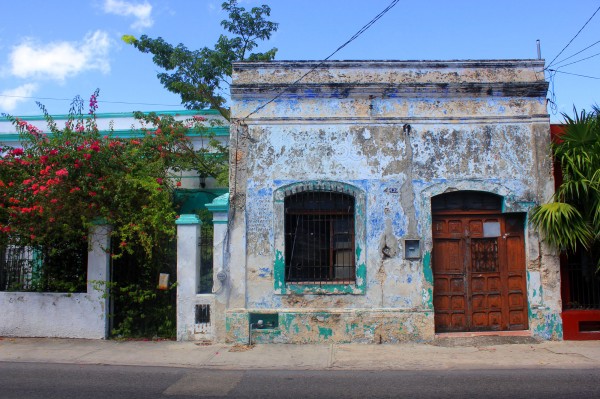 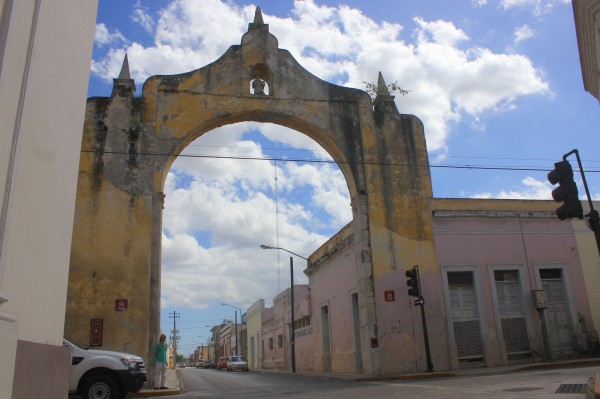 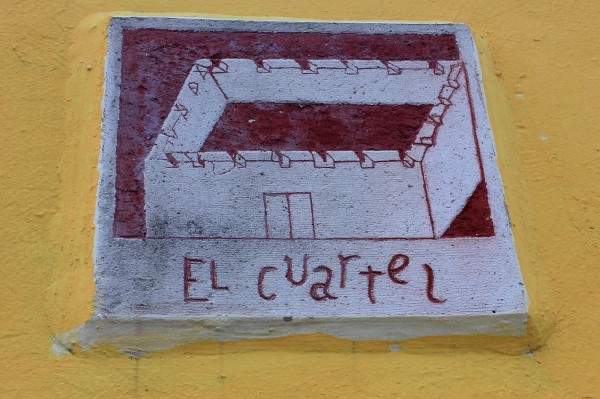 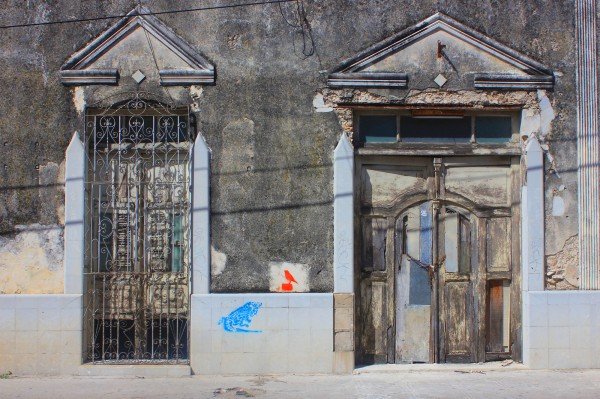